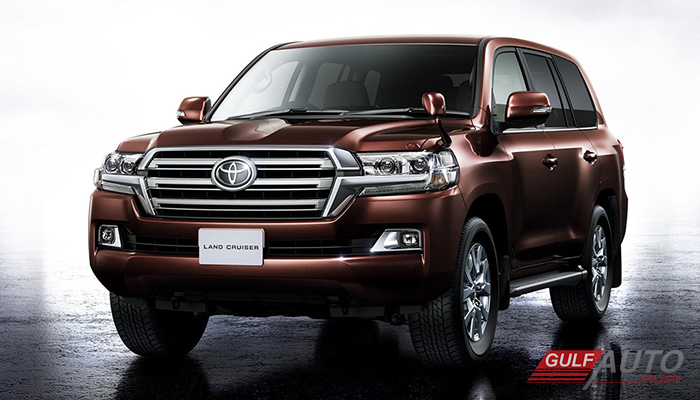 Toyota has now officially taken the wraps off this 2016 with its new model, the Toyota Land Cruiser revealed just after they had unveiled the Lexus LX 570. It seems that the 2016 Toyota Land Cruiser has been seen in leaked image as for the new and used cars in UAE which is possibly in its pre-production form.

It is known to many that the Land Cruiser of this generation has been undergoing some changes ever since its debut back in 2008. On that note, it seems to be that the model’s debut by this winter is going to be the winner when it comes to cars for sale in Dubai based on its specs and distinguishing features.

On the exterior, the distinguishing designs of the model include a redesigned front grille, new Led headlights and the new bumper design. The Land Cruiser also offers newly refreshed front fenders, hood and bumpers. There is also the rear which also gets some changes with its taillights and bumper apparently reshaped, not to mention some alloy wheel designs that have newly added as well.

On the interior, what is distinguishing with the Toyota Land Cruiser is that it comes in materials definitely soft to the touch, although some of them are made thicker. The design of the car’s interior was made that way apparently in order to offer better finish and fit.

Furthermore, the Land Cruiser comes in a new information instrument cluster while those that are of higher specs come with the amazing infotainment that Toyota is known to offer. It does not end there for top models also come with 12V power outlet together with wireless charger. It also offers standard features such as headlights with integrated LED, 18-inch wheels and more.

In terms of mechanical aspects, it seems like the Land Cruiser will be following just the same petrol engines as those of the current models. Following that, the Land Cruiser only has the 3 choices as of now which are the 304 hp 4.6 liters V8, the 271 hp 4.0 liter V6 and the range-topping 363 hp 5.7 liter. These three are all based on the V6 model which has 6-speed manual gearbox, plus they all have 6-speed automatic transmission.

It is expected that the 2016 Toyota Land Cruiser will arrive in UAAE, Qatar, Saudi Arabia and other GCC countries just before this year’s end. As of current, the new model is on sale in Japan and will then be set to go on sale in Australia this October. It should also be around this time that it arrives in the GCC region.

This new model by Toyota is another of its products that offer extreme luxe and convenience. To some it may seem a little too flashy, but the Land Cruiser still retains its off-road prowess. With all of these features that the Toyota Land Cruiser has to offer, it is evident that it is something you will want to get your hand off, that compared to use cars for sale in Dubai.
Tweet