Why are American, European and Japanese cars designed so similarly? 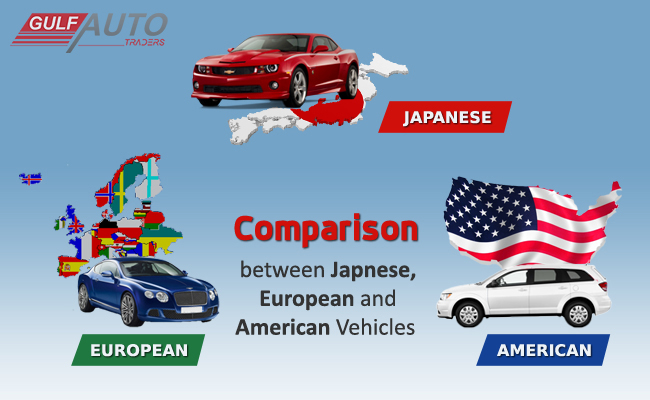 The quality of cars greatly depends on the country where they are manufactured. However, there are instances wherein similarities among the cars are observed by the buyers. String competition is the main reason why the production of cars seems to undergo the same process.

American cars are described as “muscle cars” because they are produced at the presence of big engines. As a result, there is a high consumption of fuel needed. Sustainability became less prioritized. On the other hand, the Japanese cars are result of comprehensive thinking than merely considering big car parts. High technology makes the cars from Japan competent with the other models. Aside from consumption efficiency, the cars are also environment-friendly.

European cars are made with the combination of power and good reputation. Tradition is not taken for granted by the state. Handmade components are still applied during the manufacturing process in order to maintain the sophisticated and personalized details. Despite the good features of European cars, they seem to be difficult to acquire. Alfa Romeo, Mercedes-Benz, Bentley, Aston Martin, and BMW are among the well-recognized European cars.

Despite of the mentioned differences among the automakers, the production of cars today has changed already. Nowadays, differences among American, European, and Japanese cars are difficult to distinguish. We can’t say that a particular model of car is completely manufactured in a specific region. We must consider the fact that cars are manufactured around various parts of the world. As a result, one can’t say that an American car is purely produced in America.

As the competition on the car industry became very intensive, manufacturers tend to have similar ways on how they create their versions. Brands of cars became closely related to each other. For an instance, when the American company introduces its new creation, the Japanese and European manufacturers find a way to make their creations better. Attractive and interesting features are also introduced in order to break the record of the other. All of them try to overshadow their competitors.

There are several characteristics considered by the American, European and Japanese manufacturers.

Design- manufacturers surely monitor the style or design of trend. For example, if the Americans learned that the European style is preferred by most customers, the former will make a way to imitate a little from the latter. Due to tight competition, each company applies innovations on their vehicles according to the sales of cars.

Cost- Buyers generally want affordable cars. As a result, companies do their best in order to give the cheapest products for everyone. Car makers think of plans on how to respond to the demand of buyers. The manufacturers make sure that their creations will be purchased by numerous customers.

Performance- when it comes to acceleration, most cars are now fast-operating. Each manufacturer builds cars in a way that the speed will be very suitable for buyers.

The engines used by an American might also come from the Japanese suppliers.  As a result, American cars can partly be touched with a Japanese part.

The Japanese, American, and European automakers continue to compete with each other. However, the features they offer are just similar and there is no more uniqueness.