Aston Martin Will Open Its First Showroom in Abu Dhabi! 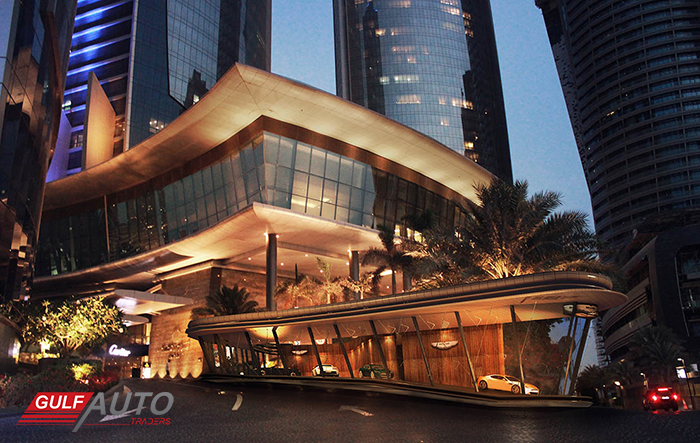 Finally!  Aston Martin demonstrates Abu Dhabi how good he is in his field!

And that is indeed true!   Aston Martin, as one of the most famous manufacturer of luxury car proudly announced his plans for brand new Abu Dhabi showroom right on the grand and elegant place of Etihad Towers Building.

In connection with this, His Highness Sheikh Suroor bin Mohammed al Nahyan gladly signed a MOU (Memorandum of Understanding) along with the Aston Martin CEO known as Dr. Andy Palmer.  He stated that the company is really looking forward for the opening of their very first showroom in Abu Dhabi. They truly understand the importance of UAE market on their luxury car brand.

This opening will also feature the launch of track-only supercar, Aston Martin Vulcan.  Through the expertise of the company when it comes on motorsport and technical vocations, this supercar is sleekly tailored.

On the other hand, the head of the Property Management in Etihad Towers, Richard Foulds exclaimed how they feel about this good news. They are pleased to know that they are the host of such fabulous new showroom in Abu Dhabi.The said 450 square metre showroom could display 5 luxury cars.

On one hand, Aston Martin is going to sell popular and branded merchandise with an outlet in the Avenue as well as on the same complex.  He further added that there are also plans on providing limitations with the production of 800-plus bhp Vulcan into just 24 units. This goes along with cars sold on limited edition.

They are also planning to hold of at least 3 track day events exclusively for the owners of Vulcan the following year as what the launch strategy manager of the company said. Primarily, the first one will be done in Yas Marina circuit this coming February which will be followed of the Silverstone in United Kingdom for June and lastly, Spa on Belgium for September.

The arrival of Aston Martin in Abu Dhabi only means arrival of other key markets such as China and Arabian Gulf. Based on the analysis of business experts, they already see the future of high end luxury car manufacturer’s though there’s an economic slowdown.   It is already expected that the region will be one of the top performer for this year and for the coming one.

Aston Martin considered recently Saudi Arabia and UAE as one of the safest haven   for the GCC growth because of their economic strength and stability though they are facing right now reduced   oil prices.
Tweet