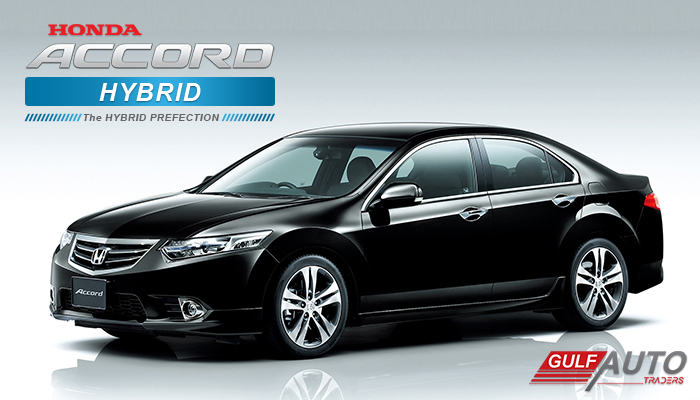 After sitting out 12 months, the Honda Accord Hybrid comes back for 2017 with more energy, more safety and innovations, along with better efficiency.

Multi-driving
On preliminary acceleration, the 2017 Accord Hybrid pulls powerful and quietly, similar to an electrical auto. And that is on account that even though it contains a 2.0-liter gasoline engine,

the Accord Hybrid has been designed to act anything like an electrical car, in the process where electrical motors power the wheels. Even as the gas engine can power the front wheels, its position is common as a generator.

In that mode which is known as Hybrid drive, one of the Honda Accord's two electrical motors moves the front wheels while the Atkinson cycle gas engine controls and powers the second motor to increase current from the car's lithium-ion battery pack.

In Engine power mode, the front wheels are controlled by both the fuel engine and the electrical motor. The third mode, EV control, allows for this fuel-effective Honda to be driven on electric power for brief distances and loads that are light

High Technology throughout
The Accord Hybrid's advanced electronics don't take a break with the bits beneath the hood. Adding to its onboard infotainment structure, the Accord Hybrid is presented with Android Auto and Apple CarPlay.

On the road
The 2017 Accord Hybrid remains to be a capable handler with a planted touch and direct steering. The 2017 Honda Accord Hybrid Acceleration is not neck snapping;

however, the Accord Hybrid has a lot of zipping for daily driving, majorly with its new sports mode activated.Power is transmitted employing a single speed gearbox, but the outcome is a similar feeling to a Continuously Variable Transmission.

Interior
The interior of the Accord Hybrid has also been furnished, with a tremendous change being a new touchscreen infotainment system found in the center of the sedan's dash.

Already available for use in other Honda cars, the high-resolution screen cleans up the vehicle's total look by taking out lots of buttons and knobs.
Tweet