5 Benefits of Car Covers – How Can They Protect Your Investment?

GulfAutoTraders
29-04-2015
Tweet
When a person purchases a car, they want to do everything in their power to make sure that their car remains protected at all times. One of the best things a person can do to protect their car is use a car cover, and many people wonder whether or not using a car cover is actually a good idea, which is why they wonder about the
actual benefits of using car covers. Well, the following are the 5 benefits of car covers: 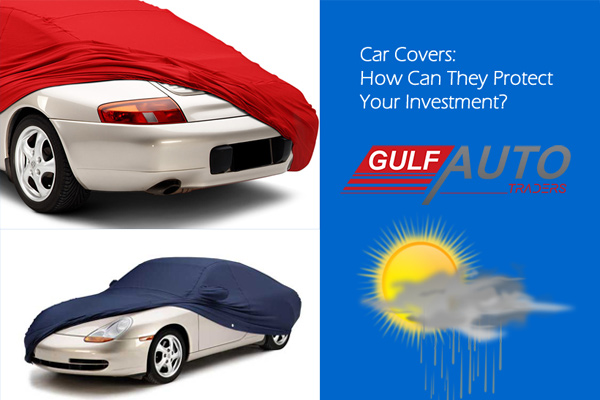 Protects your investment against the harmful effects of sunlight

The first, and quite possibly the most significant, benefit of using a car cover is that car covers protect your investment against the harmful effects of sunlight. The light that the sun shines on the Earth can be extremely harmful to cars in a number of different ways. For starters, the UV light that sunlight is made of can do a pretty good job of destroying the paintjob of a car and causing it to fade. In addition, sunlight can also cause the interior of a car to fade and/or crack. A car cover can effectively protect a car against sunlight and its effects.

Car covers make it harder for thieves to steal a car

When it comes to car theft, it’s all about speed and agility. Car thieves almost never decide to steal a car that has a car cover, and instead move steal cars that are more exposed as it takes a considerable amount of time and effort to get a cover off a car. In addition to using a car cover, a person can decrease the chances of theft even further by adding a lock and strong cable to their car cover and using it daily.

Goes a long way in preventing dents, scratches and dings

The first scratch, ding or dent on their car simply causes a lot of grief to the owner. While there is absolutely no way that a person can prevent their car from getting dented, scratched or dinged, they can delay the possibility. Another one of the 5 benefits of car covers is the fact that they go a long way in preventing dents, scratches and dings.

Protects a car from both man-made and natural hazards

There are a number of dangers, both man-made and natural, that can be quite damaging to the exterior of a car. Since these man-made and natural dangers are quite common, cars need to be protected from them, and there is no better way for a person to shield their car against such dangers other than using a car cover.