GulfAutoTraders
27-04-2015
Tweet
We always hear the names of big and popular car manufacturing companies like Mustang, Charger, Corvette, Ferrari, Porsche and Lamborghini but many of the people don’t know these names belong to which state or country? All the leading car brands either belong to Europe or America. So there is a huge competition between Europe and America in this field and both are trying hard to win the race but it is a tough decision to select one of the two. Given below is the comparison between European cars and American cars in view of different features. 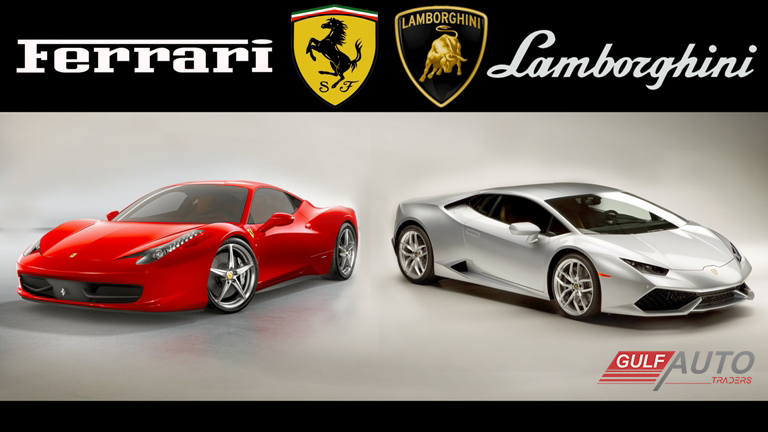 European cars move faster than American cars because they are light and the air easily flows through them not causing too much drag. American cars are heavy and have metallic bodies. Their engines have to provide greater force to move them at higher speed.

Lighter European cars experience more damage in case of an accident while American cars are especially designed keeping in view the safety and damages that can be caused due to collision.

Normal cars don’t last for more than 200,000 miles. The longevity of a car depends on how well the vehicle has been maintained but usually American cars last longer than their European counterparts.

American cars are large compared to European cars. There is no clear justification for that but it is a known fact that Americans have big families. Maybe the American companies know the needs of their people and they try not to disappoint them. This seems a good economic strategy but it should not be applied on all vehicles as it proves to be unattractive for the drivers who prefer style instead of space.

American cars are safer than European cars because they don’t miss any safety feature whetherit is protection in crashes, or bumpers that are designed to withstand vehicular collisions up to 5mph and to assist females while parking. European cars should concentrate on the safety because that is what a normal driver observes the most in any car. Safety is something that shouldn’t be compromised. People always spend money that is safe not stylish. So safety is a key difference between American cars and European cars.

European cars are fast, light and have strong brakes while American cars are large, heavy and safe.